We believe that we can all act in favor of sustainable development and want to share our ideas with young people.

We are alarmed by the shrinking biodiversity, lack of vital resources, such as clean water and fertile soils, in many regions of the globe. We can already observe the negative consequences on the living conditions and food security for millions of people.

Could this reality check lead to fatalism? Not for us! We strive to help young people to broaden their horizons, share our passion for organic farming and prosper with their families and communities. We believe that vocational education and training is the right tool to effectively equip young people with a combination of the practical skills and theoretical knowledge needed in the reality of today’s labour markets. We also believe that entrepreneurial skills are a necessity to identify market opportunities, create businesses (and jobs), and to ensure financial self-sufficiency.

Organic farming not only improves the environment and biodiversity, but also benefits farmers. This alternative to conventional agriculture holds the promise of a healthier world for future generations.

Today we know that conventional agriculture is one of the main drivers of biodiversity loss in the world. According to a study by the Intergovernmental Panel on Climate Change (IPCC), 21 to 37% of greenhouse gas emissions are caused by our food system.

Organic farming is also much healthier. Indeed, organic farming bans the use of chemical pesticides, whereas intensive agriculture uses more and more of them (+73% increase in pesticide use worldwide between 1990 and 2015, again according to INRAE). In addition to improving consumer health, not using chemicals protects soil and water quality.

Finally, organic farming also benefits farmers and the economy in general. Indeed, organic farming consumes less energy, implements a circular system of resource reuse and allows for higher yields for farmers. It has been proven that investments in organic farming are lower than on farms using chemicals (see table below). Moreover, according to a UN study, organic farms create 30% more jobs per hectare compared to conventional farms. 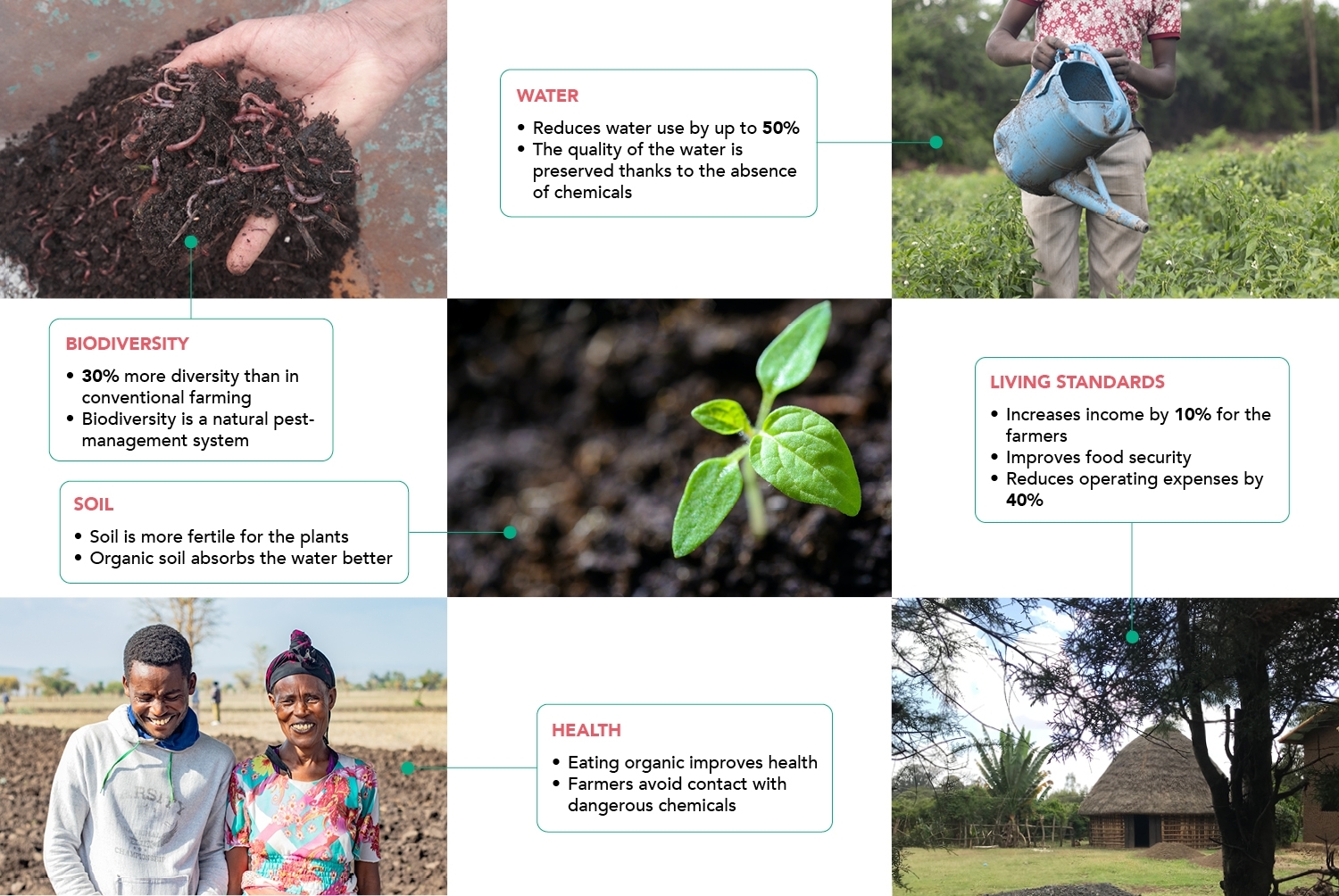 Why we chose to work in Ethiopia

Support us
Take part in the sustainable development
of Ethiopia !