Through the foundation and in collaboration with Bishoftu Polytechnic College (BPC), we have created the first official training program in organic agriculture for young Ethiopians. Our aim is to develop employability and entrepreneurship of our students.

Our training is based on 3 pillars:

Effective education and training can equip young people with the skills needed in the horticulture labour market today. We value dual track professional education systems and employ their principles (based on the Swiss apprenticeship model).

An entrepreneurial mindset and the relevant skills are invaluable assets in our modern dynamic world. For this reason, we have integrated these skills into our curriculum to equip young people with the means to address the challenges of professional life with creativity.

At the end of the 3 year period (2021), BPC should have the capacity to continue offering the programme by itself.

November
Reopening of the school

Beginning of the Bee Project

December
Development of last part of the curriculum - Level IV

An enormous amount of work was undertaken to make the existing land viable for a horticultural operation. We built greenhouses, vegetable gardens, orchards, a nursery and changed the water pump. We also installed solar panels and a high-performance irrigation system.

Organic farming not only improves the environment and biodiversity, but also benefits farmers. This alternative to conventional agriculture holds the promise of a healthier world for future generations.

Today we know that conventional agriculture is one of the main drivers of biodiversity loss in the world. According to a study by the Intergovernmental Panel on Climate Change (IPCC), 21 to 37% of greenhouse gas emissions are caused by our food system.

Organic farming is also much healthier. Indeed, organic farming bans the use of chemical pesticides, whereas intensive agriculture uses more and more of them (+73% increase in pesticide use worldwide between 1990 and 2015, again according to INRAE). In addition to improving consumer health, not using chemicals protects soil and water quality.

Finally, organic farming also benefits farmers and the economy in general. Indeed, organic farming consumes less energy, implements a circular system of resource reuse and allows for higher yields for farmers. It has been proven that investments in organic farming are lower than on farms using chemicals (see table below). Moreover, according to a UN study, organic farms create 30% more jobs per hectare compared to conventional farms. 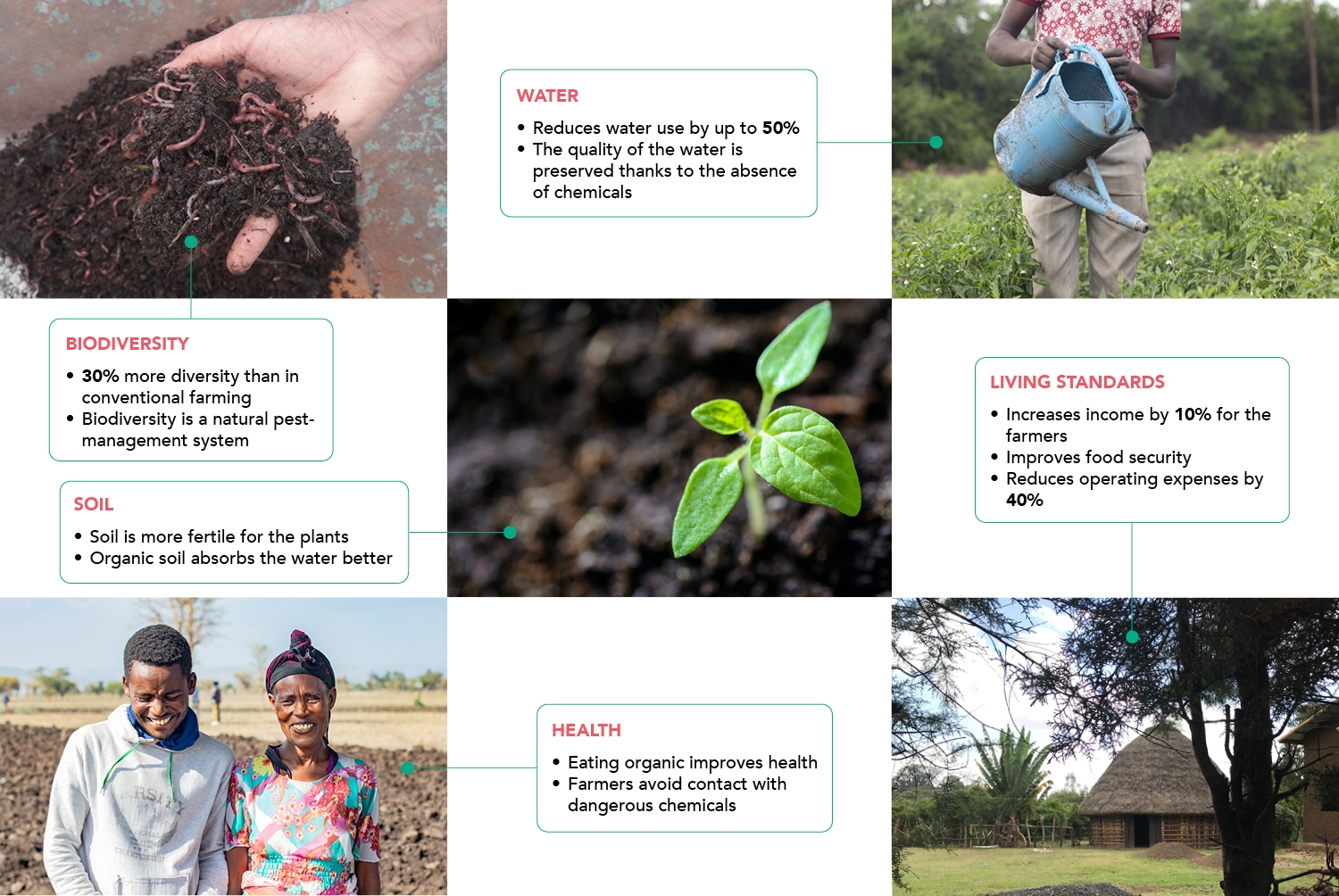 Why we chose Ethiopia (Bishoftu) ?

Why we work with a TVET* college ?

* Technical and Vocational Education and Training

Support us
Take part in the sustainable development
of Ethiopia !